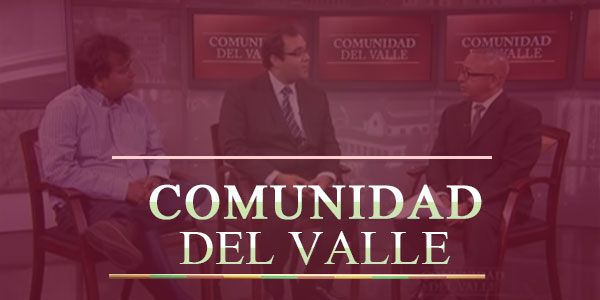 Watch the exclusive interview of Vikas Kedia, (CEO of Savant Care) & Robert Lopez, (Co-Founder of Savant Care) with NBC Bay Area to know how the lack of breakthrough technologies in the behavioral health lead to the inception of SavantCare.

Catch Vikas Kedia candidly talking about how SavantCare has brought a revolution in mental health care by developing a technology that helps to track someone’s symptoms across time and across medication and across social life events.

Check out the Video Transcript

Robert Lopez – Sure… so essentially you know what we realized is that the technology today in behavioral health it’s very much the same as it was 30 40 50 years ago, there really has not been much improvement. You know, you look at different medical fields you have EKGs, you have different monitoring tools that were developed for different specialties but in behavioral health it’s been fairly stagnant there hasn’t been any much improvement there, so what we have done is you know we are a clinical facility but we also do a lot of R&D; at the facility as well to develop new technology to help bridge that technological gap and also help solve some of the access issues.

Damian Trujillo – Okay and so what what difference has it made for in layman’s terms for folks who might not understand what have we done technologically to help us understand mental illness?

Vikas Kedia – Sure, so mental health has two basic problems one there is no tracking and there is no prediction. For example, if I have blood sugar my blood sugar can get tracked today. My doctor can actually see how my blood sugar has changed over the last one year but if I have depression my doctor doesn’t know how my depression has changed over the last one year. And, I actually had a mental health issue so we started this company because I personally faced this problem where I was seeing a psychiatrist for anxiety and he gave me a medication, I had side effects, he tried some other medication and then he was changing the medication and trying to see what fixes my anxiety problem and a year down the line I asked Doctor Kaiser that Doctor Kaiser do you remember what happened when I was on lexapro six months ago and he looked at me and he smiled that no Vikas I don’t.

Damian Trujillo – There’s no way to track it.

Vikas Kedia – There’s no way to track it and Doctor Keyser, Dr. David Kaiser he had become a friend of mine over one year seeing him every couple of weeks and I asked him like is that only with you or is that with everyone and he again looked at me and he smiled and he said I’m sorry but that’s how it is.

Damian Trujillo – There’s no baseline for it

Vikas Kedia – Two very completely different realms. Now, interestingly what happened was that I got married to a psychiatrist. She was, she’s a faculty at Stanford and, and I was expressing my frustration with her that I want to find the right medication that will help me…

Vikas Kedia – But we don’t even know what’s happening every time I changed my medication. And I used to do research at Stanford on pattern recognition. Understanding patterns, trying to make sense out of a lot of data and as we started talking and then Robert was a friend of my own. I was expressing my frustration with him that Robert, I can’t, I find it hard to be in a social setting because my anxiety gets too much of me and and then Dr. Parikh, our another co-founder, we are four co-founders me, Dr. Savant, Dr. Parikh and Robert. So we used to, we talked about it for six months and then we said well somebody must be doing it Vikas let’s find your doctor in the Bay Area who does it so you can…we looked around but we did not

Damian Trujillo – And you said if nobody’s doing it we’re gonna do it.

Vikas Kedia – It wasn’t like that, it was more like well nobody’s doing it and it wasn’t so such a confident thing that we will do it because you know there’s Stanford, there’s big places… so we spoke to people, we spoke to my wife’s colleagues were more senior to her at Stanford that why doesn’t Stanford do it and then we found that not only does Stanford not do it but we didn’t even see any hope of it happening in the next five or ten years and the reasons for that are structural and the structural reasons are that doctors cannot do technology and the guys who do technology they can’t do medicine it’s…

Vikas Kedia – Very…so…and at that time we decided to do it like.

Damian Trujillo – So, so let me ask you this because some folks might want to know if they have maybe a family member who has mental health issues. What…what are, what is your technology, now able to do for them? Are you able now to track progress and what not?

Vikas Kedia – That is the second part…Tracking is the first problem and the second is prediction, for example, my cardiologist today at least in very advanced settings can actually predict if I’m going to have a heart attack and when you have an heart attack your heart muscles actually become weaker. Similarly with depression, when you have a depressive episode your pathway for depression becomes stronger so you’re more likely to have another depressive episode so in some way if I could predict you were going to have depression if I can prevent it it’s not only that I saved you two weeks of locked in a room crying but I also saved you the likelihood of becoming the probability of you having more depressive episodes.

Damian Trujillo – That’s pretty amazing… I need to show you a website for more information it’s called savantcare.com. You can read all about this new technology and again it’s all local. Any final thoughts we only have a few seconds now before we go

Vikas Kedia – Sure so I’ll just leave you with a thought. If you were going to get depressed a week from now, the amount of time that you talk on the phone actually start to decrease today. The amount of movement that you do with your phone if you are gonna get depressed three days from now, if you’re moving a mile today if your phone’s moving a mile today, tomorrow it would move less than a mile, day after tomorrow its going to move less than a mile. So, I just gave you two very simple features, we, in machine learning we call them features with which you can actually predict.

Damian Trujillo – All right and up next in here comunidad del valle, the Mexican consul general of San Francisco. Stay with us.